I was having a chat with a friend recently about childhood memories. They were worried they weren’t doing enough stuff with their child to create and make good memories. How can we set about helping kids build great memories? they asked. It was a struggle to go and do some of the holidays and experiences many of their friends were able to achieve with their kids.

If you are an anxious parent there can be an enormous amount of self inflicted pressure to get things right. So I gently enquired about the things they remembered as a child, and shared my own early memories of fun times.

One of my key childhood memories is drinking icy cold water out the hosepipe in summer. Still so evocative now.

It’s hearing the motorway in the distance because the air pressure was so high in summer. The air seemed to buzz and crackle.

It’s seeing Concorde fly over and hearing the sonic boom.

It’s standing on the back of my pony, picking blackberries from the hedge.

It’s my brother getting in trouble for accidently poaching a brown trout from the neighbours ponds. Then being made to take it back to the farmer.

The memories which influence us the most are never about the doing but the feeling.

These influential memories are sensory. Did the experience feel good or bad? If we are helping kids build great memories we need to consider the feelings rather than the doings.

None of the stuff I deal with now as a psychotherapist relates to going on fancy holidays or outings. That becomes irrelevant in adulthood. I’ll give you some examples:

“We always did stuff, we had everything we needed but my parents were never happy”

“I look back now and wonder why the hell my parents were together. It was pretty miserable”

“My best times were when me and my mates would just disappear down the woods for ages. It was such an adventure”

Here’s the thing. Everyday in my private practice I work with childhood ‘stuff’ whether on the ACE scorecard (Adverse Childhood Experiences) or inner child wounds from conflict at home or at school.

When working with adults on their childhood stuff, whether seemingly big or small stuff, it always becomes clear that the small stuff is actually big stuff to the inner child.

These influential memories are sensory. Did the experience feel good or bad?

Kids need adventure but they also need a felt sense of safety.

As parents we create that safety by providing not only love and attunement but also a secure, stable, reliable and consistent environment. It is a base which they can explore from. Structure and routine in their life means they can feel safe to adventure. However if you are fearful of everything they may likely get up to that fear will spread to them. Then they will struggle to let go and fully experience what life has to offer.

Here are some tips as to how you can create the environment which is ripe for safe adventuring to create those happy childhood memories.

Check in with your own values

Children model how things are in their world by observing their parents. As parents it can often seem like we have to be going to the best theme park or have season tickets to things like the zoo or the water park. If it’s stressful for you though and you hate every second then it will taint the experience for your child. They also cost lots of money. Start by remembering the things which were fun for you as a child.

One of my favourite childhood memories is my dad pretending we were the Dukes of Hazard in our old Ford Cortina. I always felt lucky to have really young parents, and as a family we are super silly even now on the best of occasions. On this particular occasion dad thought it would be fun to ‘leap’ the bridge on the way to school one morning in our old car. I think we did take off but it had been raining and the road was flooded the other side of the bridge and the car stalled in the middle of a huge puddle. We had to walk to school in the rain but my key memory of it is us all laughing.

Have fun, be silly and be playful. Laughter is the most powerful bond you can have with your child.

My son absolutely adored Enid Blyton and The Famous Five. I absolutely adored the Magic Faraway Tree. Big stories of adventure, excitement and daring missions. These kind of shared story experiences create a level of wonder and awe. My son had all the Famous Five story tapes so could listen to them for hours when he was playing too. These kind of adventure stories spark the imagination as to how simple the big adventures can actually be for children.

Picnics, beach times and wild camping are easy cheap adventures. Children can be actively involved in the planning and organising of these adventures by helping pack the picnic or their swimming things. Create a sense of adventure by linking it to stories you have read. Maybe you’re off to find a woozle, or going a bear hunt!

Build dens and hiding places in the garden.

No parents allowed! We had a tree house as kids and my dog Flash could climb up the ladder. This was a place where we could spend hours just hanging out. I also had a den in an old chicken house and collected caterpillars in a jar which then escaped all over the chicken house. Still makes me feel all creepy crawly now aged 43 and 8 mths!

Let them make their own picnics.

It makes me feel sad that children now have far less freedom than kids of the 80s and 90s. I get it though, I really do. Roads are far busier and it’s far more in your face about abductions and horrible things happening. In reality horrible things happened back then too, it just wasn’t all over social media. However I do get that it’s harder now for parents just to let their kids be feral, even with mobile phones. It can seem really hard to be helping kids form great memories. Compromise on this though by going off to the park with them, and then they can go off and have their picnic on their own while you read a book or catch up on facebook. Have a flask of coffee etc but let them go off and feel brave.

Ok so I know it’s not hugely practical for some people. I also don’t mean a silly yappy fancy ass dog that wears a coat (personal opinion I know!!) I mean a proper dog, preferably a mongrel, that loves kids and is easy to do.

Hands down the best thing I did was get a dog when my son was small. Oliver lived til January last year. He was nearly 17 years old. My son and I sat with him in our hallway as the vet put him to sleep. It was the most heartbreaking thing in the world and my son’s heart broke too. Jake was 18 by then and had his whole life of memories with his best friend and adventure companion. He had requested the afternoon off work and wanted to be there when the time came. Even now thinking about it I feel tearful. I think this was the day my son went from boy to man.

Later on he took Oliver and buried him in the woods. He still has his collar and dog tag. No one will ever take away a whole childhood of adventure and memories. We’re blessed to live in the countryside with a woodland less than half a mile down the road. Jake was the one to walk the dog and the woods became their playground from about the age of 8 onwards. When he was a toddler if he got too rough the dog would just sit on him.

I was lucky and I know I’m reminiscing. I feel wistful now thinking of those times, and wish those times of adventure for all of you and your children. Oliver the dog made Jake brave. There is also something for the loving compassion that grows when looking after a furry friend.

Let them be bored

Boredom is the greatest ignition needed for adventure and imagination. These days though kids have entertainment on tap. Make sure they have time with no digital stimulus at least once over the weekend and at least once a week during the holidays. They will whine and say they’re bored. Good! Stand your ground and tell them to go find something to do.

Have an adventure jar

Let them add their ideas to it throughout the term and let them chose the adventure they want to do at the weekend. Some will be crazy, some will be silly and some will be incredibly simple. Let them problem solve how to do it. This will also build their sense of autonomy, growth mindset, determination, grit, resilience and fun.

All in a jar

The possibilities are endless… 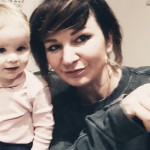 Psychotherapist and parenting coach Niki founded The Resilient Kids Project in 2016 and Rethink Your Life CIC to offer donations based therapy to children, families and adults on low incomes. She specialises in trauma, PTSD, C-PTSD and developmental trauma. She has a first class honours degree in child development and worked in Early Years education for 18 years.

Psychotherapist and parenting coach Niki founded The Resilient Kids Project in 2016 and Rethink Your Life CIC to offer donations based therapy to children, families and adults on low incomes. She specialises in trauma, PTSD, C-PTSD and developmental trauma. She has a first class honours degree in child development and worked in Early Years education for 18 years.

Check out our latest posts

Product prices and availability are accurate as of the date/time indicated and are subject to change. Any price and availability information displayed on [relevant Amazon Site(s), as applicable] at the time of purchase will apply to the purchase of this product.
This site uses cookies: Find out more.